Destinations You Can Travel In Uttarakhand With Intwiff. 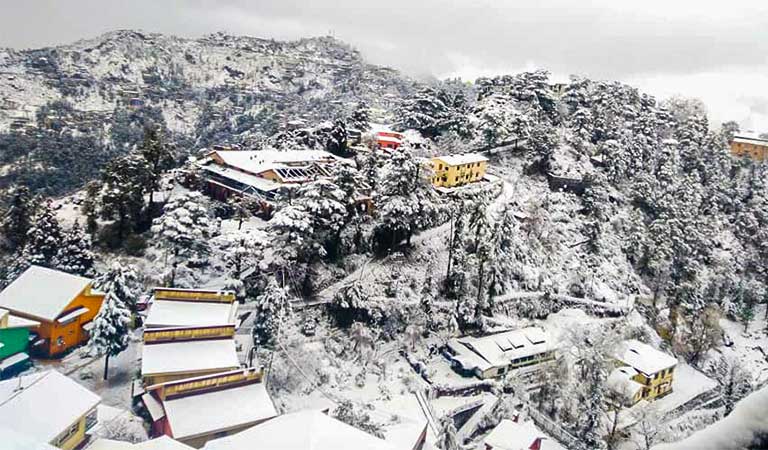 Chakrata is a cantonment town and also a sub district/ Tehsil, in Dehradun district in the state of Uttarakhand, India.

It lies between the Tons and Yamuna rivers, at an elevation of 2118 m, 98 km from the state capital, Dehradun. Chakrata was originally a cantonment of the British Indian Army. To the west lies Himachal Pradesh, and to the east are Mussoorie (73 km) and Tehri Garhwal.

Royal Enfield is the best vehicle to reach there. You can easily book your ride from Intwiff in a very reasonable price Chopta is a small region of meadows and evergreen forest area, a part of Kedarnath wildlife sanctuary located in Uttarakhand state, India and a base for trekking to Tungnath, the third temple of Panch Kedar which lies 3.5 kilometres (2.2 mi) away. Located at a distance of 1.5 kilometres (0.93 mi) from Tungnath is Chandrashila, a summit rising to over 4,000 metres (13,000 ft).

Chopta is an unspoiled natural destination lying in the lap of the Uttarakhand Himalayas and offers views of the imposing Himalayan range including Trishul, Nanda Devi and Chaukhamba. It is located at an elevation of 2,709 metres (8,888 ft) above sea level. Chopta village is surrounded by forests of pine, deodar and rhododendron and is rich in flora and fauna include rare species of birds and musk deer. 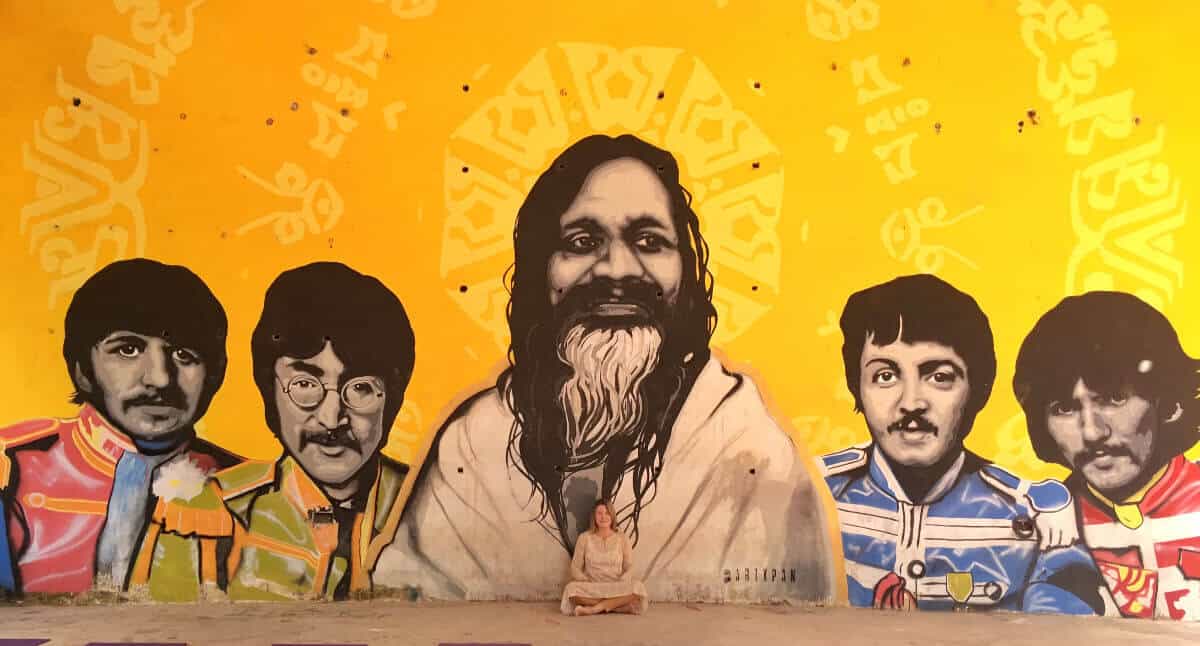 Beatles Ashram, also known as Chaurasi Kutia, is an ashram close to the north Indian city of Rishikesh in the state of Uttarakhand. It is located on the eastern bank of the Ganges river, opposite the Muni Ki Reti area of Rishikesh, in the foothills of the Himalayas.

During the 1960s and 1970s, as the International Academy of Meditation, it was the training centre for students of Maharishi Mahesh Yogi, who devised the Transcendental Meditation technique. The ashram gained international attention between February and April 1968 when the English rock band the Beatles studied meditation there, along with celebrities such as Donovan, Mia Farrow and Mike Love. It was the setting for the band’s most productive period as songwriters, where they composed most of the songs for their self-titled double album, also known as the “White Album”.

The site was abandoned in the 1990s and reverted to the local forestry department in 2003, after which it became a popular visiting place for fans of the Beatles. Although derelict and overrun by jungle, the site was officially opened to the public in December 2015. It has since become known as Beatles Ashram and held an exhibition in February 2018 to celebrate the 50th anniversary of the Beatles’ arrival in Rishikesh. 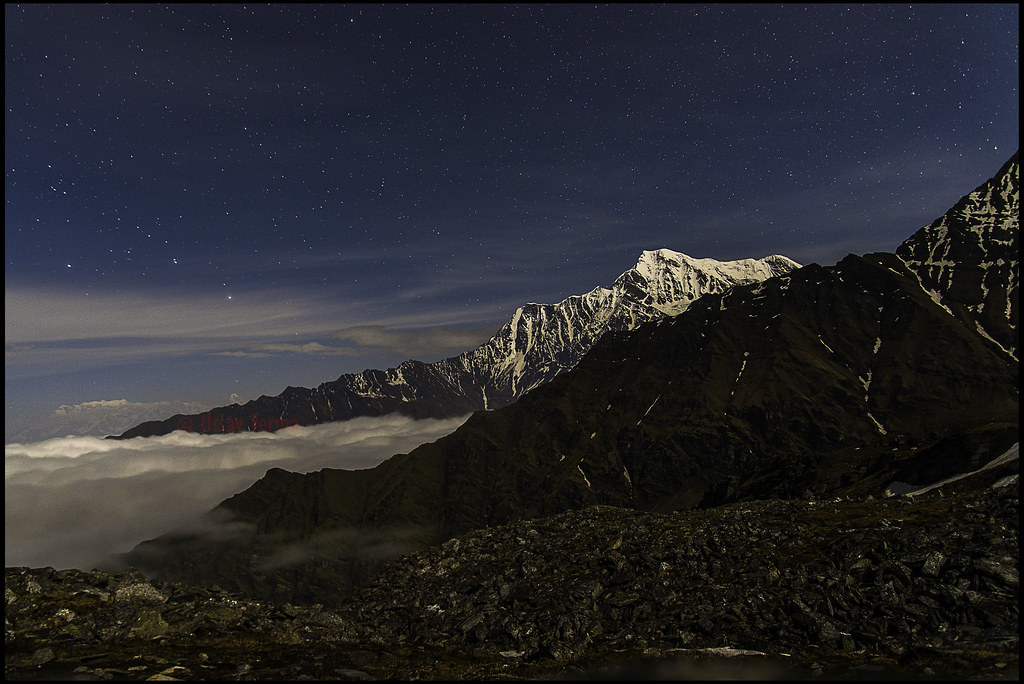 Roopkund (locally known as Mystery Lake or Skeletons Lake is a high altitude glacial lake in the Uttarakhand state of India.

It lies in the lap of Trishul massif. Located in the Himalayas, the area around the lake is uninhabited and is roughly at an altitude of 16,470 feet (5,020 m),surrounded by rock-strewn glaciers and snow-clad mountains. Roopkund is a popular trekking destination. The size of the lake varies substantially, but it is seldom more 40 meters in diameter (1000 to 1500 square meters in area), and is frozen in the winter.

With a depth of about 3 metres, Roopkund is widely known for the hundreds of ancient human skeletons found at the edge of the lake. The human skeletal remains are visible at its bottom when the snow melts. Research generally points to a semi-legendary event where a group of people were killed in a sudden, violent hailstorm in the 9th century. Because of the human remains, the lake has been called Skeleton Lake in recent times. 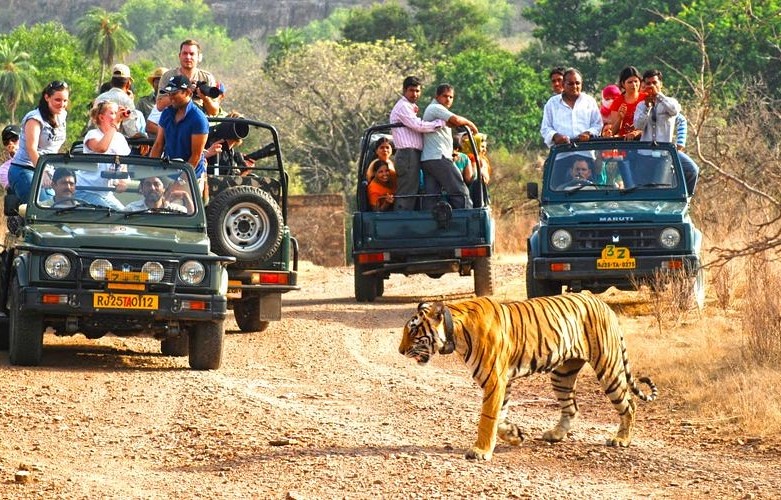 Rajaji National Park is an Indian national park and tiger reserve that encompasses the Shivaliks, near the foothills of the Himalayas. It is spread over 820 km2., and three districts of Uttarakhand: Haridwar, Dehradun and Pauri Garhwal.

In 1983, three wildlife sanctuaries in the area namely, Chilla, Motichur and Rajaji sanctuaries were merged into one.
Rajaji National Park has been named after C. Rajagopalachari (Rajaji), a prominent leader of the Freedom Struggle, the second and last Governor-General of independent India and one of the first recipients of India’s highest civilian award Bharat Ratna (in 1954).

There are lots of Best places to travel in Uttarakhand

Destinations You Can Travel In Uttarakhand